The burgeoning mental health needs of the population demand access to highly qualified providers. Psychiatric Mental Health Advanced Practice Nurses (PMH-APRN) include both the Clinical Nurse Specialist and Nurse Practitioner. Both are prepared at the graduate level in research, systems, and direct patient care to provide psychiatric evaluations and treatment, including psychopharmacological interventions and individual, family and group therapy, as well as primary, secondary and tertiary levels of prevention across the lifespan. They are a vital part of the workforce required to meet increasing population mental health needs.

The position of the American Psychiatric Nurses Association is “psychiatric advanced practice nurses, whether they practice under the title of CNS or NP, share the same core competencies of clinical and professional practice. While the individual APRN-PMH may actually implement portions of the full scope and practice based on their role, position, description, and practice setting, it is importantly, the full breadth of their knowledge base that informs their practice.” (Psychiatric-Mental Health Nursing: Scope and Standards of Practice (ANA, APNA, ISPN, 2007).

The following data lend further support to this position: 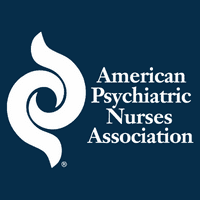 The Violence Prevention position paper has been updated as of October 2020 and is now available. ...

Updated Position & Standards of Practice: The Use of Seclusion and Restraint

A Sustained Commitment to Reducing, with the Aspiration of Eliminating, the Use of Seclusion and Restraint Revised APNA Position Paper ...
Position Paper News

APNA Position: The Future of Nursing 2020-2030: Charting a Path to Achieve Health Equity